Read Luke's report on what you would experience this high up. 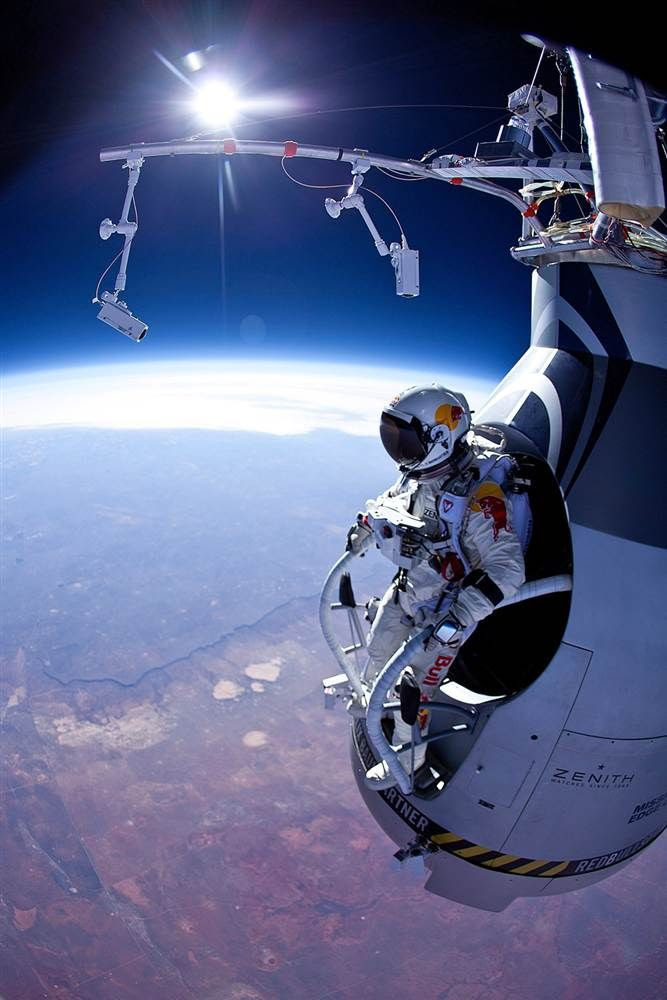 First off, you would not be able to “feel” what it’s like that high above the earth.

Your fragile human body would die in a few seconds.

At that height, the air pressure is just 1% of the air pressure on earth’s surface. Due to this lack of pressure, air bubbles would form in your bloodstream – your blood would boil, and you would literally puff up like a balloon as you died.

At that height and on the way down, you would experience temperatures from -23°C to -56°C. Yes, you would also freeze to death in a few minutes.

Interestingly, you would not “feel cold” at these temperatures. The feeling of cold that we experience is due to cold atmospheric particles surrounding us, pressing against our skin and stealing heat from our body. With such little atmosphere at 120,000 feet, you wouldn’t exactly “feel” the cold. In fact, you would feel warm while you froze to death, thanks to being warm blooded. (:

Also due to the lack of air, you would hear some strange sounds in your short time at 120,000 feet. Sound is a vibration, and that vibration most commonly uses air to perpetuate. Since there is almost nothing for sound to vibrate at 120,000 feet, your ears would hear your own body! Your last seconds would be filled with the melody of rushing blood, your diminishing heartbeat, and unhappy bowel movements.

Because of the thin air pressure, cosmic radiation from the sun and other sources would intensify. Although the effects may not be immediate, your cells would be riddled with cancer and damage after experiencing strong radiation.

Now, let’s assume you were able to survive all of this, and began falling back to earth while still alive. Even more problems would now ensue. There is a high probability that you will go into a “flat spin”, where your body is horizontal and begins to rotate very fast (like how a record spins). The centrifugal force would push blood to your extremities, causing a quick loss of consciousness, along with causing fatal brain hemorrhages and clots.

If you survived the deathly flat spin, you would have yet another problem. As you reach terminal velocity, you may also achieve the speed of sound. Shockwaves caused by you slamming into the unsuspecting air particles at such a speed will likely be fatal.

However, if properly acquitted and prepared to deal with all of these; including having a really good parachute system, it would be possible to survive 120,000 feet. You may remember the famous Felix Baumgartner, who made history by doing exactly this.

Remember to pack your spacesuit, kids.